It is the opening day of a new baseball season. It is a day when “hope springs eternal.” Everybody’s team is undefeated, tied for first place and dreaming of a good year.

This season I won’t be able to talk baseball with my good friend, who was a big baseball fan, John Mundfrom. John died suddenly two days ago. In some ways it could be said John’s season came to a close on Saturday. But, because of the good news of Jesus that John trusted in, I believe it is more accurate to say Saturday was the opening of a whole new season for John.

The season that opened for John is one when hope truly does spring eternal. It isn’t hope based on wishful thinking. A lot of the hope of baseball teams is based on “ifs”: If our pitchers throw strikes, if our shortstop stays healthy, if our centerfielder figures out how to hit a curve ball …. 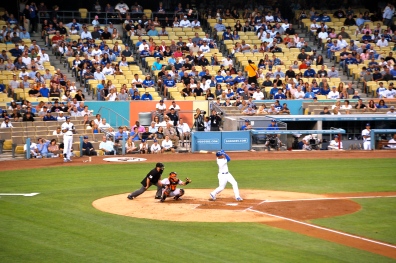 One of the unique things about baseball that I enjoy is that there is no clock. Some think there should be and, yes, there can be time needlessly wasted between innings and sometimes the pitcher stands on the mound holding the ball and you’re thinking, “Would you just throw the thing already.” But in our world where we live so often under the tyranny of time, it’s nice having something without a clock telling you when it’s over.

Eternity with Jesus has no clock. Relationships don’t end. The joy doesn’t stop.

It was John’s opening day, with an eternity to look forward to of exploring and enjoying God’s amazing grace. The past season had trials and challenges, but that season was completed for John. God promises in the new season “There will be no more death or mourning or crying or pain, for the old order of things has passed away” (Revelation 21:4).

I give thanks for John’s friendship and the good example he set of faith in Christ. I’m sad about the end of one season, but I rejoice in the hope the Lord gives that a new season has begun for John. And I give thanks that, by God’s grace, we too can look forward to opening day.