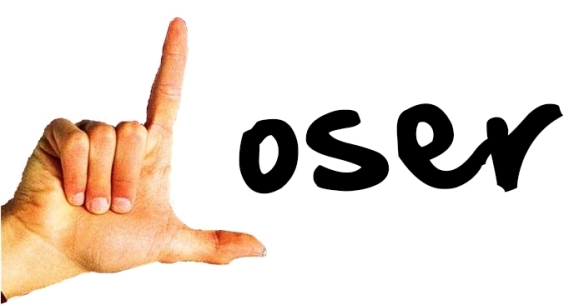 “Loser” is an insult that has been used a lot during this political season. Opponents have been described and dismissed as losers. The term seems to be looked at as a powerful tool to use to knock somebody down and make them seem small in the eyes of others. In sports and business as well, if somebody wants to truly insult somebody else, they call them a loser.

Nobody likes to be called or seen as a loser. We are often trying to let others know how successful we have been, or at least give people that impression. Books have been written on “How to Dress for Success.” We want to look like winners.

Who would choose to look like a loser? Jesus did. “He had no beauty or majesty to attract us to him, nothing in his appearance that we should desire him. He was despised and rejected by men … we esteemed him not” (Isaiah 53:2-3). He willingly came to a world that He knew would reject Him.

Our world seems to think popularity is everything and the factor that determines right and wrong. Some people care deeply about how many “likes” their Facebook post receives. Jesus knew becoming the suffering servant would not get Him a lot of likes. But He chose that path anyway.

As He hung on the cross He looked like one of the worst failures the world had ever seen. “Those who passed by hurled insults at him, shaking their heads” (Mark 15:29). Some of what they said to Him would most certainly be translated “loser.” He lost the affection of the crowd that wanted Him to keep multiplying bread and fish and feed them lunch. He lost the respect of those who wanted Him to be a political Messiah and take on the Romans. He lost even one of His disciples who betrayed Him.

Jesus willingly became a loser in the eyes of the world to win our salvation. The cross looked like a defeat, a complete failure. What really happened was our sin was paid for and evil and death were defeated. “And having disarmed the powers and authorities, he made a public spectacle of them, triumphing over them by the cross” (Colossians 3:15).

We joyfully follow the One who humbled Himself and took on the appearance of a loser. Following Him may lead to us looking like losers to the world as well. That is fine for we know true life and victory is not found in gaining worldly power and popularity. Life is found in following the path of the humble servant. Jesus said, “… whoever loses his life for me will find it” (Matthew 16:25). We become losers in this world, but by the power of His cross and resurrection, we become winners in life, both now and for all eternity.